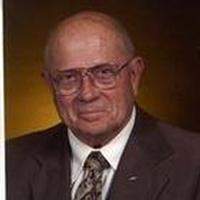 Don Smith passed away in La Paz, Mexico doing one of the things he loved most, and had done for
thirty years, scuba diving.

Don was born in Shelton, NE on October 27, 1929 to Donald & Ramona Smith. He is preceded in death by both his father and mother and a sister Norma Jean.

Don grew up in Shelton, NE and Spalding, NE, and graduated from Spalding High School. He went to the University of NE at Lincoln where he belonged to Sigma Nu Fraternity. After the University, he attended
Wentworth Military Academy.

In 1950 he joined his father in the lumber business - first in Spalding and then later in Franklin, NE. He continued as a 3rd generation lumberman, serving farmers, families, and small businesses in small towns across south-central Nebraska till the present.

Don was a Shrine Clown of many years, delighting children's hearts with his balloon creations. His other passions were flying for over 30 years, hunting and enjoying his many family and friends.

He was "Popeye" to all his grandchildren. He will be truly missed for all that he
meant to each one of us.

To order memorial trees or send flowers to the family in memory of Don Smith, please visit our flower store.