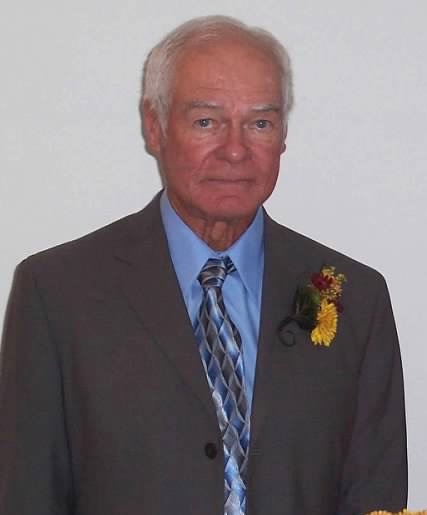 Direct cremation services were selected. The service will be live streamed on Hutchins Face Book Page.

Don Eugene Overleese was born April 27, 1937, at the Webster County Hospital in Red Cloud, NE.  He was the second child of Claud and Mae (Kness) Overleese.

He attended grade school at District 18 just east of the family home.  He attended Franklin High School where he was in FFA serving as President and receiving his State Farmer award.  He received a Hereford heifer to show at the state fair and returned the first calf to the FFA for another member.

Don helped his folks build their family home in 1948-49 and he farmed with his father for several years.  He enlisted in the National Guard Unit at Smith Center, Kansas, where he was called for active duty, but peace was declared before he activated.

Don and Laura (Lehmann) from Smith Center dated for two years before marrying on April 17, 1966.  Although no children were born to their union, they were grandpa and grandma to many.  Laura passed away December 28, 2004.

He became a member of Macon Lutheran Church and served on the council and other positions in the church.  He also served on the Franklin City Council, Cemetery Board, and Golden Age Village Board.

In August 2006, he invited Barb Goosic to supper. On October 8th, they were wed after church services.  They enjoyed attending concerts and following Barb’s children and their grandchildren’s activities.  After contracting COVID, they spent time recovering in Bethany Home.

To order memorial trees or send flowers to the family in memory of Don Overleese, please visit our flower store.