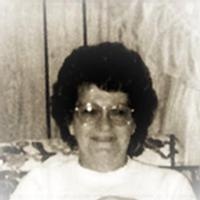 Dixie Darlene Voight was born in Riverton, Nebraska, on June 15, 1937, to Jess and Oma (Troyer) Schriner, and departed this life on June 8, 2016, in the Golden Living Center, Franklin Nebraska. Dixie was the youngest of seventeen children and was raised in Riverton, where she also attended school.
She was united in marriage to Floyd William Dean in 1953. This union was blessed with three sons, Terry, Rick and Donald Dean. Dixie and Floyd made their home in Omaha, Nebraska, for 20 years. They then moved to Chapman, Nebraska, where they owned and operated the Ace Café, Bar and Grill.
Their son Terry passed away in 1960 from Leukemia. Floyd passed in 1975, after which Dixie, Rick and Don moved to Republican City, Nebraska, in 1977. She met Dale Voight and they were married in Las Vegas, Nevada in 1981. Dixie and Dale were avid fishermen and spent many hours at the Harlan County Lake.
Dale passed away in 1996. Dixie then moved to Franklin, Nebraska, in 1999, where she met her very good friend Weldon Remaly. Dixie resided in Franklin until her death
She leaves to mourn her passing her two sons, Rick (Cindy) of Franklin, and Don of Franklin; four grandsons, Jacob, Zach, and Nick Dean and Michael Ami Welch of Portland, Oregon; brother Paul Schriner of Guide Rock, Nebraska; four great-grandchildren; many nieces and nephews; and her friend and companion Weldon Remaly. She will be missed by all.
A celebration of life service for Dixie Darlene Voight, were held Monday, June13, 1916, at 10:00 a.m., at the Hutchins Funeral Home, Franklin, Nebraska, with Pastor Kasey Loschen officiating. Mrs. Connie Schmidt was the organist and Mrs. RoseAnn Platt was the soloist. The hymns were "One Day at a Time", "In The Garden," and "Old Rugged Cross". Casket bearers were- Dale Baker, Tommy Baker, Zachary Dean, Jacob Dean, Nickalas Dean, and Jack Schriner. Interment will be (was) in the Riverton Cemetery, Riverton, Nebraska. The family suggests memorials to honor their mother and a charity will be named later. On line condolences can be left at www.hutchinsfh.com. Hutchins Funeral Home, 1402 M. Street Franklin, Nebraska was in charge of arrangements.

To order memorial trees or send flowers to the family in memory of Dixie Voight, please visit our flower store.