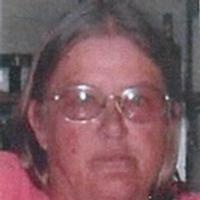 Deborah Sue Green, Bladen, Nebraska, the daughter of Helen E. (Rupprecht) and George Brinke, was born January 24, 1952, in Hastings, Nebraska. She departed this life on Sunday, February 1, 2015, at the Phelps Memorial Hospital, Holdrege, Nebraska at the ageof 63 years, and 8 days.

Deb began her formal education attending both grade school and high school in Campbell, and graduating with the class of 1970. She briefly studied to be a vet-tech at Parks College in Denver, Colorado. Deb returned to Nebraska, and worked briefly at the Campbell and Minden Nursing Homes. She was united in marriage to John Ralph Green on August 13, 1974, in Campbell. To this union three children were born - Michelle Lynn, Kimberly Sue, and Jason John.

Deb loved to farm alongside John, until a career change in 2003 led her to perform over-the-road trucking duties for two years. She was also a member of the Inavale Church of Christ.

In her leisure time she enjoyed fishing, hunting, cooking and being around family. She especially treasured the time she spent with her grandsons.

She was preceded in death by her parents - Helen and George Brinke. Those left to treasure her memory are her husband, - John of rural Bladen, Nebraska; daughters - Michelle and husband, Nathan Liechti of Franklin, Nebraska and Kim Post of Agra, Kansas; son - Jason Green of Campbell, Nebraska; two grandchildren, and a host of other relatives and friends.

A memorial celebration of life service for Deborah Sue Green, will be (was) held, Saturday, February 21, 2015 at 2:00 p.m., at the Hutchins Funeral Home, Franklin, Nebraska, with Pastor Roger Miller officiating.

To order memorial trees or send flowers to the family in memory of Debroah Green, please visit our flower store.