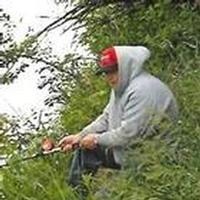 David Lavern Wentworth, 70, was born May 30th, 1942 at the farm 5 miles east 1/2 mile south of Franklin, Nebraska. He passed away July 8, 2012 in Ogallala, Nebraska. He was the fifth child born to Joseph Ray and Emma Edna (Eggleston) Wentworth.

He was married to Sue Marruhn and to this union one son Justin Ray was born. Justin was the pride of David's life. The marriage did not work out and David raised Justin by himself. David was not only a father to Justin but and Dad to many of Justin's friends as he was growing up.

He enjoyed hunting, fishing and all of the outdoors. He was a life time mechanic, certified Dodge technician and owned Wentworth Auto in San Diego, California until he turned it over to his son, Justin. When David wasn't working on someone else's car he would be restoring a car of his own.

David lived in San Diego for 29 years. He also lived in Denver, Colorado, but he always looked forward to coming back to the farm.

He was preceded in death by his parents, brothers, Robert, Paul and Dean Wentworth, nephew Merlin Wentworth.

Friends may stop by the funeral home Thursday morning to sign the memorial book.

To order memorial trees or send flowers to the family in memory of David Wentworth, please visit our flower store.