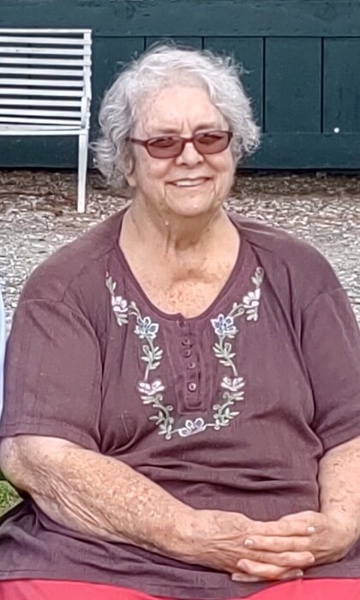 According to the wishes of Crystal, cremation has taken place. The family wants those who plan to come to her Memorial service to dress casually.

Crystal attended kindergarten thru 8th grade at Lone Star school District 34. This was the same school that her father and Grube grandparents attended. Crystal and her parents lived the first years with her grandparents and then moved ¼ mile west and one mile north to a farm her parents purchased. She loved farm life, the cattle, the fields and pastures. This love carried over from childhood to the end of her life. Crystal graduated from Franklin public school in May 1961. Following graduation, she worked at Mary Lanning Hospital for a few months.

Crystal helped on the farm until 1979 then went to work at Franklin Nursing Home for ten years. She began as a personal care aide before becoming the social service coordinator. She worked for the NRD for several years then part time as a jailor at the courthouse then she worked full time as a dispatcher at the Franklin County Sheriff’s office. She worked there for over 20 years retiring on March 31, 2014.

Crystal was active in the area, serving on Franklin County Ag Society and was President two years. She was a member of Busy Homemakers Extension Club; was Sunday school superintendent, taught Sunday school and Bible school at Macon Zion Lutheran church and taught the Bethel Bible study for four years. She was a member of PEO Chapter P of Bloomington. Crystal enjoyed watching children of her friends. She especially enjoyed the cattle on their farm, helping with the cow herd. She helped milk their cows first by hand and then by machine for many years.

Crystal was baptized as an infant at the Methodist parsonage in Franklin. She attended and was confirmed at the Macon Methodist church by Reverend Robert Call in 1957. She was married at this church by Reverend R.A. Ragle. After marriage, they joined the Ash Grove Lutheran Church (Our Redeemer) where Rodney was a member. This church closed its doors and the family joined Macon Zion Lutheran Church. After many years they joined Franklin Missionary church. She was baptized by immersion in the Republican River south of Franklin. This church is now known as Crossgate Community Church.

She was preceded in death by her parents; brother Steve Grube; and sisters-in-law Roma Grube and Lucinda Grube.

Memorial services will be held 2:00pm Saturday, April 16th, 2022 at the Crossgate Community Church, Franklin, Nebraska with Pastor Kasey Loschen officiating. The family suggests that those who attend dress casually. Family inurnment will be at a later time. Hutchins Funeral Home assisted the Frerichs family with these cremation services.

To order memorial trees or send flowers to the family in memory of Crystal Frerichs, please visit our flower store.