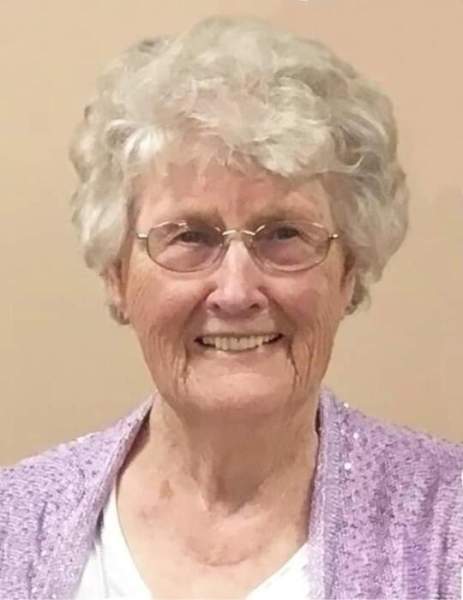 Due to the continued threat of the Corona Virus, the Funeral Mass for Coletta will be limited to the immediate family. The extended family and friends of Coletta are encouraged to come to the funeral home for viewing and signing of her register book.

Coletta Mary Elizabeth (Himmelberg) Robinson was born to John Paul and Josephine Julia (Kitten) Himmelberg, on a farm near Lawrence, Nebraska on June 8, 1926 and passed away on February 12, 2021, at the age of 94 years, 8 months and 4 days.  She was the second of eleven children.  In Lawrence, she attended Sacred Heart Catholic School through 8th grade and graduated from Lawrence High School in 1943.  After graduation, she worked at Mary Lanning Hospital in Hastings and then moved to Lincoln; working at Saint Elizabeth Hospital and then the Elgin Watch Factory.  Later, she met her future husband on the dance floor.

Coletta married Maxie J. Robinson on April 27th 1957, at Sacred Heart Catholic Church in Lawrence.  To this union were born three sons, Thomas, James and John.  They settled down on Max’s family farm and lived there their whole married life; three miles north of Bloomington, Nebraska.  She belonged to the Saint Katharine Drexel Church in Franklin and was a member of the Altar Society.  Coletta was a member of the Busy Homemakers Extension Club, north of Bloomington, and also worked as a cashier at COOP for five years.  Coletta was a farm wife and stay at home mom and grandma for many years.  She was quite the cook and baker; always making enough for everyone to take home leftovers.  In retirement life, Coletta enjoyed playing cards, collecting dolls, going dancing, and attending her son’s, grandchildren’s, and even great-grandchildren’s activities and sporting events.  She was a dear friend to many.

The Funeral Mass for the immediate family was celebrated on Friday, February 19th, 2021 at St. Katharine-Drexel Catholic Church, Franklin, Nebraska with Father Paul Frank as Celebrant. Organist, Connie Kahrs; acolyte, Willard Seeverson; and altar attendant, Tucker Robinson will be assisting with her services.  She will be laid to rest beside husband Max in Maple Grove Cemetery, Bloomington, Nebraska.

To order memorial trees or send flowers to the family in memory of Coletta Robinson, please visit our flower store.