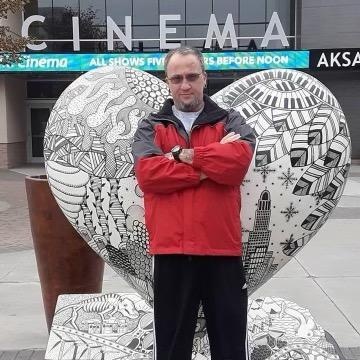 Chris's wishes were for cremation services. His Memorial Service will be live streamed on the Church You-Tube Page and Hutchins Funeral Home Facebook Page.

Heaven just got a bit louder.

Christopher Charles Paul Devich chose July 4, 2021, to exit this life and join the other angels in charge of making thunder up above.

His rabble rousing here on Earth is now left to his sweet wife, four daughters, one son, nine grandchildren, one sister, parents, and stepparents, four nieces and one nephew.

Chris came into this life kicking and screaming on Jan. 8, 1972, in Denver, Colorado.

He was raised and went to school in Thornton, Colorado, where he made lifelong friends and met his one true love, Mandy Sue.

Mandy and Chris were married on June 21, 1991.  They went on to make many babies, live in multiple states and embark on many adventures.

Chris served in both the Army and Navy and held diverse jobs such as software engineer and heavy haul specialist trucker.

Chris leaving on Independence Day was fitting, given how he fought for and was proud of his country. And if any holiday could be loud and obnoxious like Chris, it would have to be the Fourth of July.

Chris was a take-no-crap kind of guy, but he was fiercely loyal, especially to his family. Mandy and Chris were especially fond of their grandchildren as grandparents tend to be.

He was preceded in death by his beloved brother, Matthew Devich III.

To order memorial trees or send flowers to the family in memory of Chris Devich, please visit our flower store.