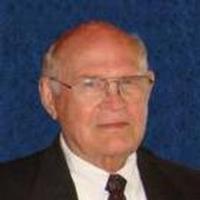 Charles Dwayne Prusia was born the seventh of eight children on May 4, 1932 to Clarence and Elizabeth Prusia in Franklin, NE. He passed away from this life on August 4, 2010 in Lakewood, Colorado at the age of 78. He grew up in Franklin and attended Franklin Public Schools, graduating from Franklin High School in 1950. He worked in a number of jobs in Franklin before serving in the U.S. Army from 1953-1955. Charlie married his high school sweetheart, Sharon Beck on June 13, 1954.

Upon his return from the Army, Charlie and Sharon moved to Superior, NE where Charlie commenced his career with the U.S. Bureau of Reclamation. In 1959, their daughter, Allison was born. Charlie's career continued with work in Norton, KS on the Norton Dam; in Ellis, KS working on the Cedar Bluff Canal; and then, moving to Salida, CO in 1963 to supervise the exploration of earth and concrete materials for the Fryingpan-Arkansas Project which is a series of dams, tunnels and canals bringing water from Colorado's western slope to southeastern Colorado. In 1972, Charlie was the Head of the Laboratory Section for the building of the Pueblo Dam in Pueblo, CO. In 1974, Charlie and his family moved to Lakewood, CO.

Charlie worked at the Denver Federal Center where he was a Concrete Construction and Materials Specialist for many Bureau of Reclamation projects all over the western U.S. In 1975, Charlie was sent to Zaire, Africa to consult on problems with the construction of the Inga-Shaba Transmission system. In 1984 and again in 1985, Charlie was sent to Beijing and Wuhan, China to consult on the construction planning for the Three Gorges Dam. Charlie retired from the Bureau of Reclamation in 1990 with 38 years of service.

After retirement, Charlie and Sharon enjoyed traveling and spending time with their daughter Allison, son-in-law John and grandson, Nick. Charlie was a constant presence in his grandson's life. He could always be counted on to help whoever was in need and offer a joke or a story to lift anyone's spirits. Charlie died after a nine year battle with Multiple Myeloma on August 4, 2010.

He was preceded in death by his beloved wife Sharon, his parents Clarence and Elizabeth and his brother Don.

Funeral services will be at 1:00 PM Thursday, August 12, 2010 at Hutchins Funeral Home, Franklin, Nebraska, with Rev. Herman Keen officiating. Burial will be in Greenwood Cemetery, Franklin, Nebraska. Friends may sign the register from 8AM to service time at the funeral home.

In lieu of flowers, the family suggests memorials to the American Diabetes Association or the Leukemia & Lymphoma Society.

To order memorial trees or send flowers to the family in memory of Charles Prusia, please visit our flower store.