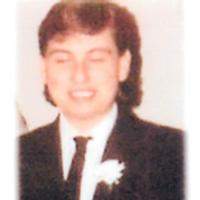 Chad was over the road truck driver, until recent health issues keep him at home. He married Chrisitna Harriette Melbourne.

His was preceded in death by his Grandparents; his mother and father-in-laws - Kenneth Allen and Bobbie Nelle Melbourne.

A celebration of life service for Chad E. Pettengill will be (was) Saturday, August 20, 2016, at 10:00 a.m., at the Greenwood Cemetery, Franklin, Nebraska, with Pastor Scott Randall officiating. Inurnment will be (was) after the service in the cemetery. The family suggests memorials to Chad E. Pettengill memorial marker for the cemetery. Cremation service was selected without visitation. Hutchins Funeral Home, Franklin, Nebraska was in charge of arrangements.

To order memorial trees or send flowers to the family in memory of Chad Pettengill, please visit our flower store.