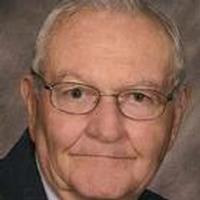 Archie Stillman Platt, passed away Thursday, January 26, 2012, at the age of 80, with his family by his side in Hastings, NE. A funeral service will be held Monday, January 30, at 10:30 a.m., at the United Methodist Church in Franklin, NE. Interment at Greenwood Cemetery, Franklin

Archie was born November 22, 1931, in Alliance, NE. He spent the first few months of his life in a sod house in the Sandhills in Garden County, NE. Later his family moved a framed house onto their ranch between Oshkosh and Lakeside where they homesteaded 360 acres. His father, Edward, was killed in 1942 working on the Hemingford Dam. His mother taught school in a one room school house called Penn School near Oshkosh. They then moved to Curtis where Archie attended high school. He graduated from Aurora, NE, in 1950.

In 1950, Archie joined the Air Force. He was stationed in Korea as a Radio Repair Technician. He received an honorable discharge in 1954. After that he went to work at Rogers Radio and TV.

In 1956 he married his beloved wife Doris Coleman. They moved to Franklin, NE, in 1957. Their union was blessed with three children: Robert Edward, Kathryn Jane, and David Lee, all of Franklin.

Archie was very active in the community. He was a fireman, a member of the Chamber of Commerce, member of the Franklin Jaycees, City Councilman, and served on the Board of Trustees for Golden Age Village. He owned Archie's TV and Appliance for 38 years and retired in 1995. He was baptized in the Methodist Church where he was a member.

He was a devoted loving husband, father, and grandfather. He loved his family dearly. He enjoyed bird watching and looked forward to the spring when the Purple Martins returned. In his earlier years, he enjoyed camping and fishing. He loved working in the yard and helping Doris with the flowers. His hobbies included collecting coins and stamps.

He is preceded in death by his father Edward Huffman Platt and mother, Alberta Lucile (Linebaugh) Platt.

Burial in the Greenwood Cemetery in Franklin with Full Military Rites.

To order memorial trees or send flowers to the family in memory of Archie Platt, please visit our flower store.