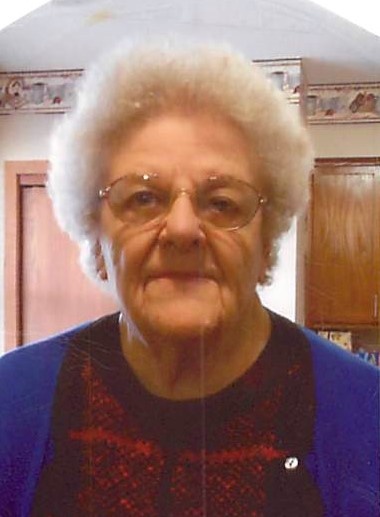 Anna H. (Bienhoff) Schmidt Rust passed from this life Tuesday, May 4th, 2021 at the Arbor Care Center, Franklin, Nebraska. She was born May 10, 1927 in Bloomington, Nebraska to Harm and Emma (Bruns) Bienhoff. Anna was baptized in the home of John and Lizzie Bienhoff on June 26, 1927 and confirmed her faith on March 29, 1942 at the Zion Lutheran Church, Macon, Nebraska.

Anna was married to Gene Schmidt on September 24, 1949 at Zion Lutheran Church.  To this union four children were born: Beverly, Kathy, Richard and Melvin.  They made their home in Riverton, Nebraska.

Anna worked for over 60 years at the Riverton Bar. Every new owner would want her to stay and continue working. She always had a joke to share with everyone. Anna loved to bake, dance and play cards. She played cards with the Republican Valley Pitch league for over 50 years.

After Gene passed away in March of 1989, she married Elmer Rust on May 21, 1991 at Smith Center, Kansas. He has preceded her in death. Others who have gone on before her include her daughter Kathy Edgar; sons Richard and Melvin Schmidt; grandson Jimmy Cantor; two sisters Ricka and Tena Thole; and three brothers Albert, John and Ehme Bienhoff.

Graveside services and burial were held on Monday, May 10th, 2021 at the Riverton Cemetery with Pastor Kasey Loschen officiating. Memorials may be made to the family c/o Hutchins Funeral Home, Franklin, Nebraska.

To order memorial trees or send flowers to the family in memory of Anna Schmidt-Rust, please visit our flower store.