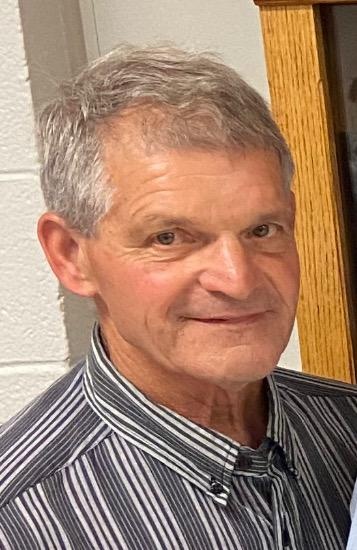 The funeral service for LeRoy Sweet will be live streamed on the Hutchins Funeral Home Facebook page.

Samuel LeRoy Sweet was born September 3, 1946 in Franklin, Nebraska to Samuel and Letha (Wilson) Sweet. Leroy attended school in Franklin and graduated from Franklin High School with the Class of 1965. After high school he pursued a degree in Diesel Engineering in Beloit, Kansas where graduated after two years.

LeRoy served in the United States Army Reserve for twelve years. On May 24th, 1969 he was joined in marriage to Helen Daniels. To this union two children were born, Scott and Patricia. LeRoy worked for the city of Franklin for thirty years as Foreman of the city crew. Even working full time did not stop him from enjoying other hobbies in his life.

He loved to work on vehicles at his shop, Sweet’s Garage, in Franklin. Along with his vehicles, he had a strong love for racing from modifies to mini sprints. LeRoy was always sure to devote time to his family and always wanted them to be happy.

LeRoy passed from this life suddenly Monday, June 21st, 2021 at the age of 74 years. He was preceded in death by his parents; sister Dorothy Wescoat; and brothers-in-law Jim Lennemann and Mike Libich.

He will be forever remembered by his wife of fifty two years, Helen Sweet; his son Scott Sweet and wife Karen; his grandson Matthew Sweet and fiancé Shyann Worm and grandson Joel Sweet; his daughter Patricia Johnson and husband Jeremy; granddaughter Tiffany Reed and fiancé Caleb Odle; great grandchildren James, Samuel and Shiloh Odle; granddaughter Brook Reed and husband William Werner; great grandchildren Noah and Riley Werner; granddaughter Faith Reed and boyfriend Caleb Surratt along with his great granddaughter on the way, Nora Surratt. Also surviving are his sisters Ann Lennemann and Janice Libich; other relatives and many friends and co-workers who will never forget his smile and wave.

Funeral services will be 2:00pm Saturday, June 26, 2021 at Hutchins Funeral Home, Franklin, Nebraska with Pastor Kasey Loschen officiating. LeRoy’s wishes were for cremation following the service. The family will have a private inurnment in Greenwood Cemetery at a later time. Hutchins Funeral Home assisted the Sweet family with these arrangements.

To order memorial trees or send flowers to the family in memory of LeRoy Sweet, please visit our flower store.